Buy My House in Damascus: An Inside View of the Syrian Crisis by Diana Darke Tickets

How did Syria's revolution lose its way? Drawing on the author's first-hand knowledge of the country's complex religious and ethnic communities, this book illuminates the darker recesses of Syria's history, politics, and society.  With the unique perspective of an Arabic-speaking British woman, Diana Darke became deeply embedded in all levels of Syrian society when she bought and restored a house in a mixed Sunni/Shi'a neighbourhood of the walled Old City of Damascus.

As fighting intensified and millions were forced to flee their homes, she offered her house as a sanctuary to friends. By following her experiences and struggles with the realities of life on the ground inside Syria, the reader will arrive at a clearer understanding of why the country remains locked in conflict and why most ordinary Syrians are caught between a repressive government and a splintering opposition, now overshadowed by a monster called ISIS.

'...written with the pace of a novel and the colour of the best travel writing... much more than a personal memoir: it is an eclectic but learned encyclopedia of Syrian history, of the Arabs and their language and traditions, of Islamic art and architecture, and more.' --Times Literary Supplement

'Darke's powerful, moving new book - elegantly contrasts a property dream with Syria's ongoing violent reality - Her sensitive, knowing story captures a rare view of Syria and the stakes of the conflict from an up-close observer deeply versed in its culture.' --New Republic

'An elegy to a lost world. [My House in Damascus] gives the conflict a human face which remains hidden in much media coverage.' --The World Today, Chatham House

What is the Handling Charge for?

To ensure tickets are delivered safely and securely and to keep the price as low as possible for you, the ticket buyer, Llangwm Lit Fest generally uses our E-ticket system unless otherwise stated.

For this service we charge a small Handling Fee to cover the debit/credit card processing fees, customer services, processing and distribution of tickets and our secure server costs. We always try to keep these costs to an absolute minimum. If you feel at any time that our prices are not fair or competitive we'd be happy to hear from you.

If you have ordered physical paper tickets there is a further Delivery cost added to cover the delivery of your order through the Royal Mail network.

We always endeavour to keep these costs as low as possible to merely cover the costs of postage. We only charge you one Delivery cost per order so if there is a big group of you recommend purchasing larger amounts in one order.

When you purchase tickets through Llangwm Lit Fest, the full face value of the ticket is shown. This price is the price set by the event promoter and we pay this full amount to the promoter without any deductions. 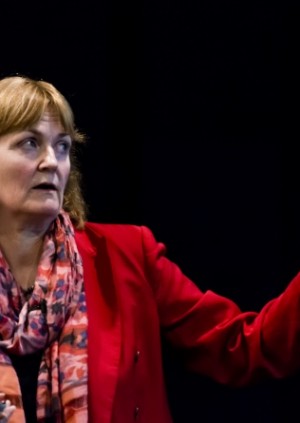